The above three drawings were done June 12 2105. I had a group for a small workshop with these Chestnut trees. Tree (A) and Tree ( B) I had worked with the year before. See below.

With a small group of three other women I had introduced to my tree work the evening before , we began to connect with a tree of our choice from amongst a group of ( five hundred plus years old) Sweet Chestnut trees in Greenwich Park.  We all spent 30 minutes with a tree of choice and then remet to look together at what had emerged on paper.

There were some interesting forms and colour themes in common with all of the drawings.

I found myself wondering about the significance of these trees who grew near the location where all who abide by Greenwich mean time agreed to make the centre point, the fixed anchor for our numerical descriptions of time. This agreement was made when an expanding exploration was occuring as to the nature and extent of space globally….There were still many places not yet mapped or described physically. And now, we are facing new explorations of the vast realm of inner worlds, and needing , inner maps to locate our selves and find ourselves and each other….new ways of meeting in the inner worlds. The tree conversation work is a work of research and exploration into “mapping” inner landscapes. 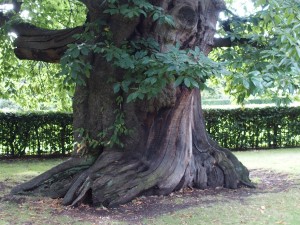 I worked with various trees in Greenwich park. They were of varying ages. A curious group of young boys asked me whether I was a famous artist when they saw me sitting against a tree and drawing. I was reminded of how unrecognizable this type of work is at this point in time. That may change. As time itself and how we agree upon describing time may change. 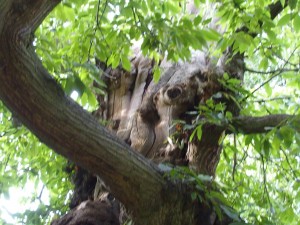 There has been a theme developing around the question of DNA and the conversations with the trees. I am currently reading a book called the Secret life of Trees by Colin Tudge. Trees have a variable nature in relation to DNA and may be able to lead us to new relationships and understanding of this important aspect of life and formation of substances and, for that matter, our relationship to time.