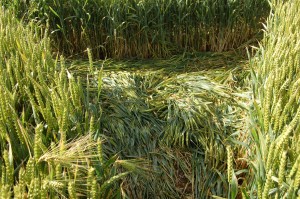 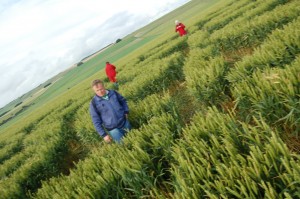 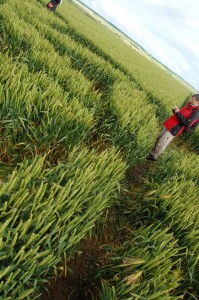 The LifeNet conference (International organization working with geomancy globally) travelling group in the summer of 2012 stopped in Avebury, England. Slightly breathless a woman who was new to our group asked me if I’d met the four copper beech trees just on the other side of the ridge? At that point there was one hour before the group bus was scheduled to pull away. I walked quickly along the ridge arriving at the group of four ancient copper beech trees- they formed an enclosure with an earthen floor and undulating root mass and a roof made of a generous canopy of leaves. I wondered which of the four to rest my back upon. I chose one and set up my pencils and little container with water. I introduced myself to this venerable tree with sincere apologies for the limited amount of time I had to be there and asked permission “in spite” of that to enter in and have “conversation”. There was a pause, during which I had the sense that there was consideration of this request .

I was allowed to stay and witness what they would show me. ( I had the feeling all four trees were sending me images at once) What followed was a living kaleidoscope of images and impressions that I was able to convey only crudely in my tiny artist’s traveling moleskin watercolour notebook. I experienced three realms ,each revealing a choreography of form and process . I gave myself to each third as carefully and with as much detail as I could. The three were part of a whole. The entire imagination was  expressed in rainbow colours. At the top there was a singular horn rising from a mountain, in the middle a female figure protectively arched over the centre, then at the bottom third there were ribbons of human beings ( all rainbow coloured) who were weaving strands- new DNA or underlying possibility- as a dance.I reluctantly put away my pencils and I wished that I might return with more time to be with these four again.

The next stop on our tour that day was an unexpected surprise; a crop circle! This was a wish fulfilled for me and I approached with great interest , openness and attention. We had to climb over a barbed wire fence into a slippery muddy field of barley. I had not seen barley growing in the field. I marveled at the beauty and grace of this grain and was very surprised to discover the stalks were dense and strong-making the plant erect and undeniably vertical! It was very difficult to bend a barley stalk or pluck one- not like the grasses growing wild in the fields of North America. We came closer to the crop circle and I gasped when I stepped into the clearing. It was formed by the barley which had been bent to the ground. All the stalks were intact and alive but they had succumbed to something which had woven them together into a formation on the ground. The great geometric form when seen from above was a three sided triangle with rounded points and within it was inscribed “the flower of life” or six sided flowers created by the intersection of circles using a 6 division of one circle penetrating the others.

We entered this strange place and walked carefully within the bent and woven barley stalks. Then we gathered to do some geomancy “work” , to offer our attention, intention and love to the places we had been visiting namely the three great sacred sites of Stonehenge, Glastonbury and Avebury. Our leader asked us to stand in one of the three corners of the crop circle and to stand FOR, representing, one of these places. Then we were to imagine ourselves connected to the place we were standing “For”. Then she instructed us to imagine a rainbow bridge reaching from one group to the other two. This flowing nourishing rainbow stream was pulsing in an interdependent contact with the others. As we performed this deed through inner imaginative activity I realized what we were doing had been described by the drawing of what I was shown by the trees in Avebury.

Had those four trees “known” what I did not yet know? I showed the drawing to our group , those who had participated in the exercise in the crop circle. To me this was a turning point in the work with the trees. A few weeks later I was contacted by the woman who had directed my attention towards those particular four trees ; she told me that those trees had inspired JRR Tolkien to write about his tree beings…THE ENTS. The Ents were a great inspiration for me when I was young! I often thought of them and inwardly felt them to be a beacon of hope.